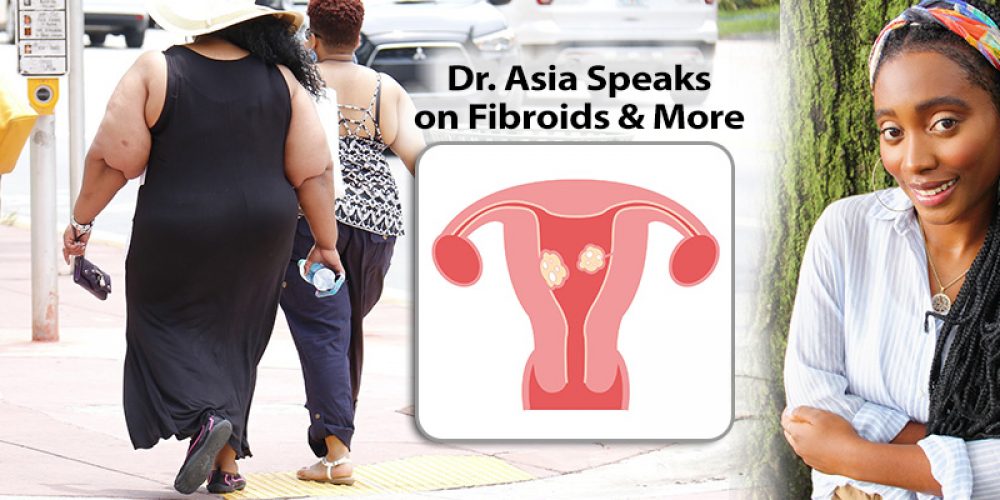 EDWS:  Greetings.  What do you do? 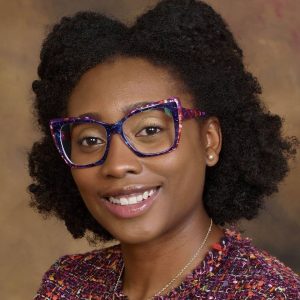 Asia Muhammad: I am the resident naturopathic doctor located here at Diversified Health and Wellness Center in Kirkwood, Missouri.

EDWS: What is a naturopathic doctor?

EDWS: What inspired you to get into this field?

Asia Muhammad: Well I was just tired of seeing my aunt and my grandparents struggle with heart disease and they were taking the medications the doctors told them to take and they still had problems. Still were having strokes. Still needing to be hospitalized. So I said there has to be something else, a better way. I became a naturopathic doctor.

EDWS: How can clients benefit from naturopathic doctors?

Asia Muhammad: Well its root cause medicine. So we look at one of the biggest factors to most ailments, which is their diet. We often restructure the diet and most patients we see. We often put patients on (specific) plant-based diets because all the evidence points to the more plants you have the better off you are in terms of not developing certain diseases long term. 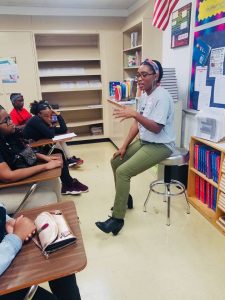 People who are overweight, have a different type of bacteria in their gut than people who are not overweight. Scientists took obese lab mice and put the bacteria from the obese mice into the intestines of skinny mice, and vice versa. The skinny mice started to gain weight and the obese mice began to lose weight. So the bacteria in our intestines plays a big part in terms of metabolic diseases, in terms of GI diseases, in terms of immune system disorders. The importance of health of your gut is huge.

EDWS: Okay. So what are some of the issues you see facing our community that you can most help with?

..there are so many women with Fibroid issues. It seems this is what I am being called to do.

Asia Muhammad: Let’s look at the statistics. Over 50% of black people have some form of heart disease. A significant majority of black women are overweight. My biggest goal in terms of the black community, underserved communities, is helping with metabolic syndrome. That’s the obesity, diabetes, fatty liver, hypertension, and weight problems. A lot of those causes are related to diet, to lifestyle, related to our thinking patterns.

EDWS: What is the biggest misunderstanding about your skill set as a naturopathic doctor, especially when it comes to black people?

Asia Muhammad: The biggest misunderstanding is (we) don’t know what naturopathic means. They hear the word natural and they think Oh, what is it that you do. They think I’m going to give them a magic tincture, some magical herb but that’s going to fix everything. Most people don’t realize the amount of personal self-work it takes to become the healthy person you want to be. I’m just the messenger, I’m just somebody here to say this is what I know can help you now. It’s you who has to do the work.

Asia Muhammad: Yes. I never thought I’d have to put such emphasis on Fibroids for women. But there are so many women with Fibroid issues. It seems this is what I am being called to do.

Uterine fibroids, is an estrogen dominant condition. So people who have fibroids, have higher levels of circulating estrogen in their body. You have different types of (estrogens) in the human body and the woman’s body. People with fibroids have an estrogen dominant condition, where they have too much estrogen relative to progesterone. Their progesterone is not really adequate enough to balance out their estrogen.  (I have a protocol for that).

Fibroids can be problematic if a woman is trying to get pregnant.

I would love to work with (more) fibroid patients. I put every fibroid client on very specific protocols because the research around fibroids is just growing, and we know more about how diet, lifestyle play a huge role for fibroid patients.

Asia Muhammad: Some people think, oh, healing is easy, I’ll just eat healthier. But few people know what that means. For a lot of my patients, I give them very specific (daily) goals.

Asia Muhammad: St. Louis I’m here to help you heal your gut from the rooter to the tooter.

(All content and media above is created and published online for informational purposes only. It is not intended to be a substitute for professional one-on-one medical advice and should not be relied on as health or personal advice.)