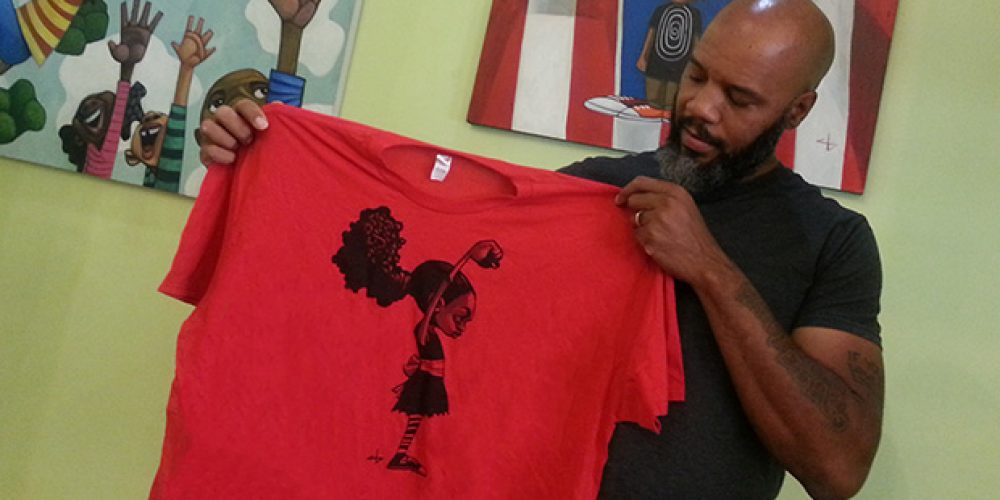 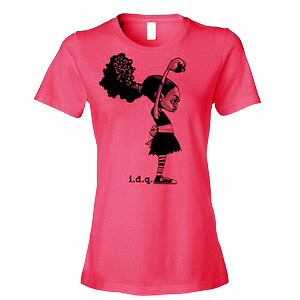 The trendy t-shirts have been pretty hard to get a hold of.  But if you’ve seen them you’ll understand why.  The shirt is called Revolution.   It’s a character drawing of a little black girl standing defiant, fist high in the air.  As well as politically expressive, the t-shirts are just darn cute.

What’s amazing is that the hot selling t-shirt has never actually been marketed.  Its popularity is growing organically.  “A few people bought the Revolution t-shirt and posted a pic of themselves in it on social media.  I chimed, posting the website link and sales have been growing like crazy ever since,” says creator and artist, Cbabi Bayoc.

Bayoc drew the Revolution character 10 years ago.  It was inspired from the self-expressions of his daughter.  The image resurfaced months ago when Bayoc came upon it going through his old artwork.  He decided to put the character on a t-shirt.

“It was originally just a sketch of my daughter. We had no idea that the t-shirt would sell so well,” says Bayoc.

But since its first printing the t-shirt has been hard to keep in stock.  Bayoc is kept busy with demands from men, women and children for the shirt.  He believes the high demand springs from the growing consciousness in the community.

“With all of the political activism going on today people are relating to the t-shirt. They seem to wear it as a statement.” he says.

The Revolution t-shirts currently come in red or gray, with red being the most popular.   Other colors pending.  Bayoc says he plans to also create a boy version of the Revolution character.

To view the popular shirts click the link here: http://cbabibayocoriginals.bigcartel.com/

Cbabi Bayoc is an emerging St. Louis based artist.  He is known for producing thought-provoking art.  His name, Cbabi, stands for Creative Black Artist Battling Ignorance. Bayoc stands for Blessed African Youth of Creativity.   Cbabi original paintings are on display at: http://sweetartstl.com/