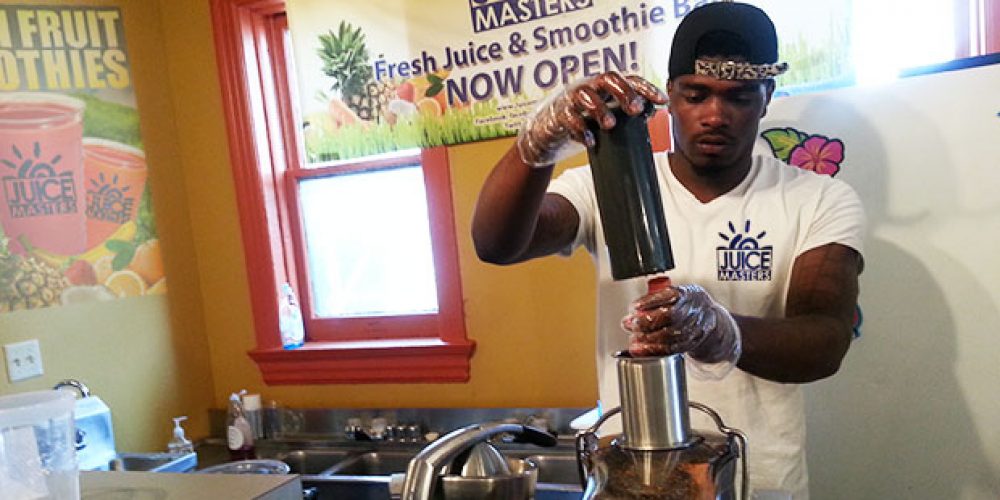 From Hustle to Opportunity

Young Entrepreneur Excited About the Chance to Work for Self

Some youth don’t have a clue what they want to do with their lives until they are much older. But that’s not the case for this 22 year old. After couple dead end jobs Joshua Reed says he knew he wanted to be an entrepreneur and control his own future.

“I worked at a few fast foods jobs and McDonald’s. But I didn’t like working for someone I am smarter than,” says Reed.

So Reed tried a few money-making ventures, traveling to different cities with a friend selling trendy t-shirts. The money was decent but was very inconsistent. The uncertainty left him longing for something more stable.

While playing ball at the local YMCA Reed came across fellow baller and local entrepreneur, Corey Logan, who owns the popular fruit smoothie truck, Juice Masters. The two would joke on each other while playing ball and eventually Logan began to teach Reed about business.

“I was surprised that he wanted to help me because I was balling on him pretty bad,” said Reed laughingly. But Logan saw more than a ball player in Reed he saw his competitiveness as business potential. After a few lessons, Logan offered Reed an extension of his Juice Masters business.

“I saw he had a lot of hustle that could be turned into business acumen,” says Logan.

The two discussed the details of inclusion, then worked out a deal with Golden Grocer Natural Foods in St.Louis’ Central West End area.

Reed is now the owner of his own business, a Juice Masters smoothie bar in the high-traffic Central West End district. He also has two employees. Being new to business, Reed says he is open to continued learning about business. He understands that running the business won’t always be easy, but says he’s up for the challenge.

To taste their delectable smoothies, visit Juice Masters Juice bar inside Golden Grocer Natural Foods at 335 N Euclid Ave, St. Louis, MO 63108. By stopping by you will be supporting a young, budding entrepreneur who has the desire to one day inspire other young entrepreneurs. Visit: 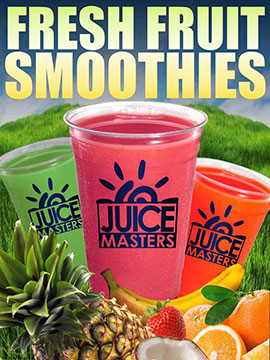