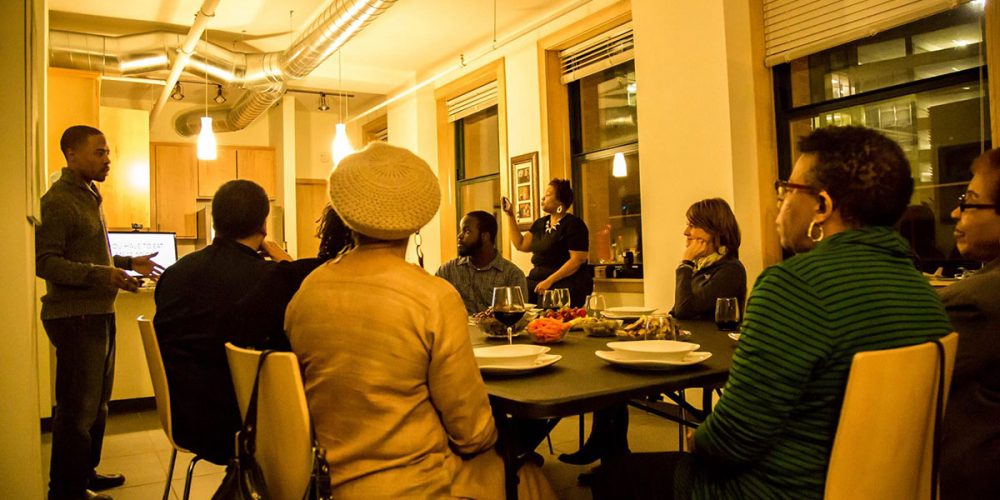 His interactive vegan cooking classes are growing in popularity in St.Louis. Israeli implant, Tavon Brooks, sat down with us to discuss what’s special about his vegan courses and why he decided to introduce the dietary lifestyle of Blacks in Israel, to St.Louis.

EDWS: Welcome Tavon. So why do you think it’s important for Black people to start eating healthier? 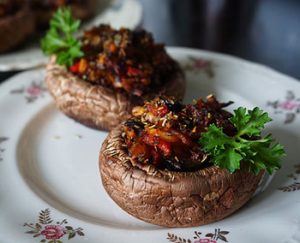 Tavon: Well you know, that’s a loaded question. I say that because understanding what black is, if you don’t mind, I’d change that question to ‘melanated’ people instead of ‘Black’ people.

Tavon: The reason why it’s important for melanated people to be vegan is because of the melanin in our bodies, it makes our bodies resonate at a higher vibration. And when we eat an alkaline diet our vibrations rise so high that we become able to use more than just the 10% of our brain that we normally use.

Tavon: Yes. This happens because (with better food) we’re activating DNA and cells in our body by the quality of foods that we eat.

EDWS: Wow, okay. So you have brought vegan cooking classes to St.Louis. How do you feel St Louis could benefit from better eating habits than the traditional St Louis American diet?

Right now there’s a lot of crime because we’re stressed out. We aren’t using our brain because we aren’t eating properly. Most food our people eat is acidic. Our body’s are acidic. So we’re putting out what we eat. Change a person’s negative diet, and you change the person’s negative mindset. That will them change (the negativity) they do. 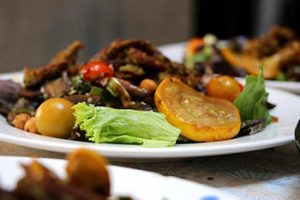 EDWS: Okay. So tell us about your classes. What are they?

Tavon: Monthly we host an interactive, 4 hour, cooking class that pretty much began catering to entrepreneurs (who needed more energy to combat the challenges of entrepreneurship).

The classes are home-styled cooking (in a loft). But you’re learning to cook fast, 20 minute, power meals. Healthy, dishes using herbs and spices, learning everything about vegan cooking. We keep it very interactive. Information is shared to help strengthen the understanding of being a vegan.

You are hands-on, preparing the foods, where you can get a feel for how easy it is to be vegan.
Participants also expand their vocabulary of spices while having a taste. There’s wine, good music, good company. It’s fun! Sometimes we have open poetry.

EDWS: Okay. What about the stigma around vegetarianism/veganism that the food is bland? What are some of the stereotypes you hear and dispel?

Tavon: One of the biggest myths is that vegans only eat rabbit food – carrots, lettuce, and tomatoes. Not true. Most vegans can compare whatever dish you like, but without meat. We can flavor food like from peppered steak, to BBQ ribs, to wing tips or whatever you want, but vegan, without meat. So the thought that we cannot eat a good 4 to 5 course meal is a myth.

EDWS: So it’s basically what’s key is how you flavor food?

Tavon: It’s how you flavor it and the process you use to texture your food with flavors. There are cooking skills you need to know. 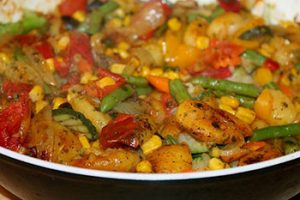 EDWS: You bring in vegan chefs. What’s special about the chefs you have in your classes?

Tavon: For one, they all love to cook vegan! They love it with a passion. And they cook vegan food for a living so it’s not like they are experimenting, they actually already do this. These chefs love to cook fresh. None of our chefs cook from canned goods. There is a difference.

EDWS: Is one of your goals to kind change our impression of veganism?

Tavon: Yes, yes. I want vegan to be cool. I want vegan to be in style so that our youth want to replace that image they were misgiven of eating eggs, bacon and milk in the morning as a healthy breakfast. We need to change that (false idea) you know?

We need to change that idea of a steak being a luxury, a delicacy. If you want you a vegan pepper steak. You can have it. Just make it vegan.

EDWS: (laughing) You know the funny thing is, being a vegetarian myself, I often tell people that it’s not the meat you like, it’s the seasoning. I say, you don’t eat meat unseasoned. If you did eat it unseasoned you wouldn’t like it. So it’s really the seasoning you like, not the meat. I say, you can season bad food to taste good, or you can season good food to taste good.

EDWS: And I’m sure your chefs are skilled at seasoning their foods to be very good.

Tavon: Yes. I’ve used I’ve tasted every chef we use’s food personally, and love it. Our participants will too. The food is Very good.

Details for the following class listed below: